Live Broadcast of the Requiem mass for Jimmy Foy from St Patrick's Church Lecanvey, Westport Co. Mayo on Sunday 29 Aug 2021 at 11.30am. Click on white arrow in red square.

There were music acts recorded and edited by Dowd Media and interviews with the current and previousTaoiseach Leo Veradkar and Enda Kenny. Mary Robinson a former Irish President was also interviewed.

When the Argentine Ambassador to Ireland Laura Bernal sadly died during the Corona Virus pandemic it was decided that she would be buried in Foxford Co. Mayo.

None of her family members could attend due to travel restrictions and Dowd Media were commisioned to Live Broadcast the funeral.

The Live Broadcast covered the journey from funeral home to church, the funeral mass service and the burial at the nearby Craggagh cemetery. 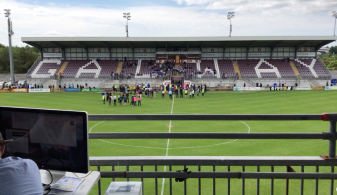 Dowd Media are the main livestream specialists for MayoGAATV.

Mayo GAA provided a service that enable fans to view games live in the Club Championship. 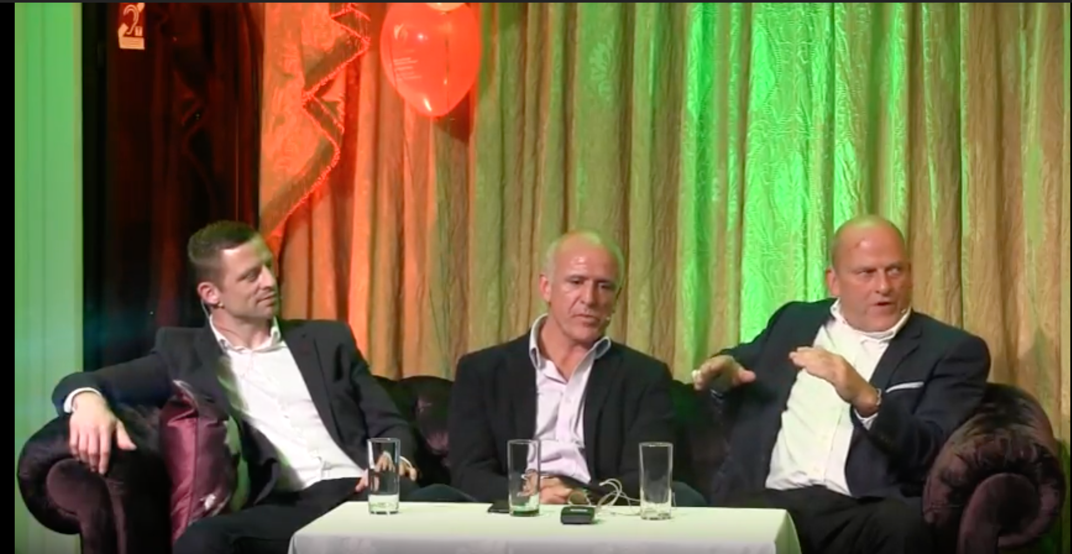 The power of Live Streaming is being realized.

Events can be streamed to numerous locations of a selected few locations.

There are many options for making these available. 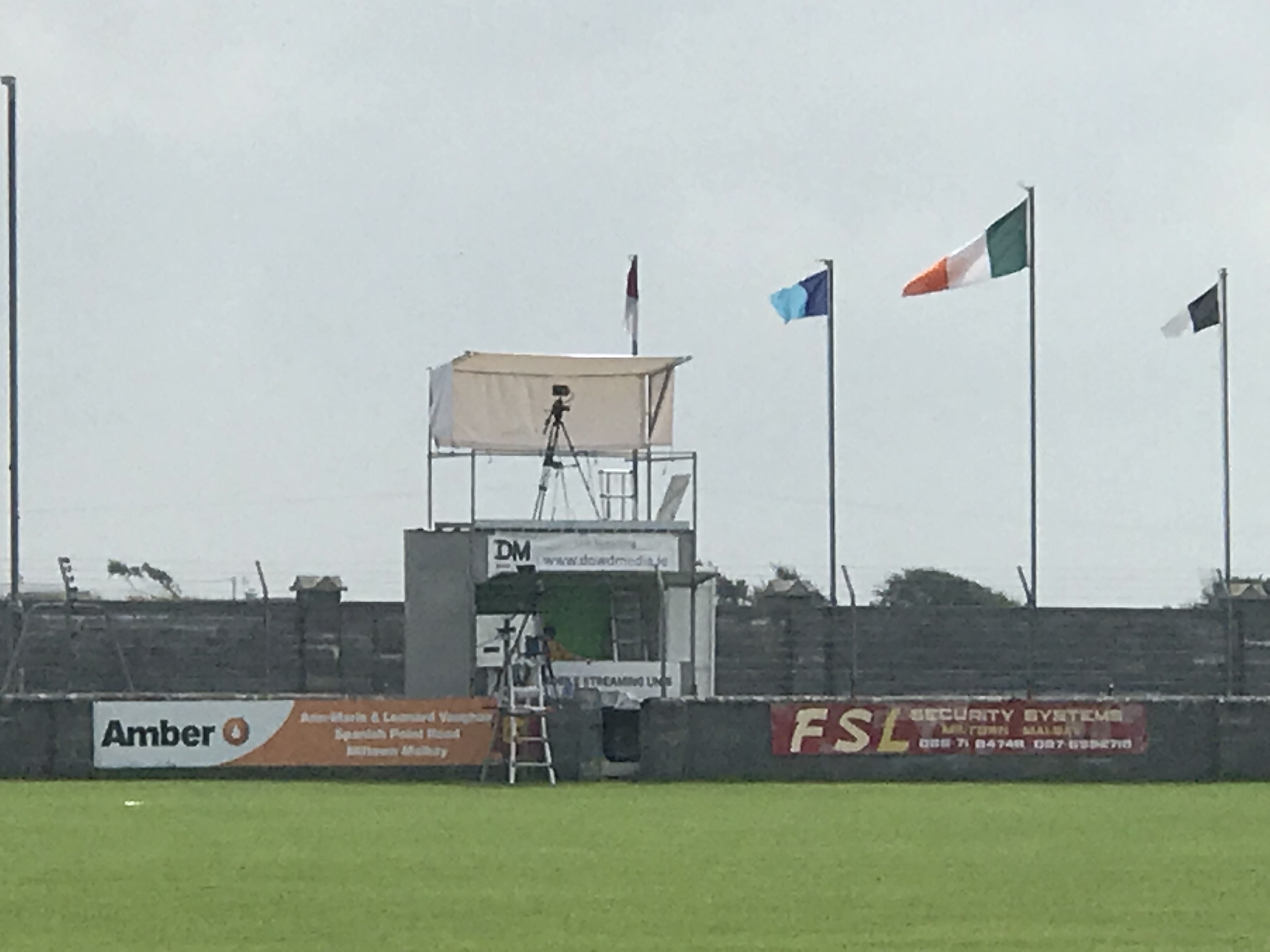 Dowd Media’s Mobile Broadcast Unit was professionally designed to cater for any event in any location.

The ‘Mobile Broadcast Unit’ allows for broadcasting in locations where there is no facilities to do so . The above picture was taken in Miltown Malbay , Co. Clare. 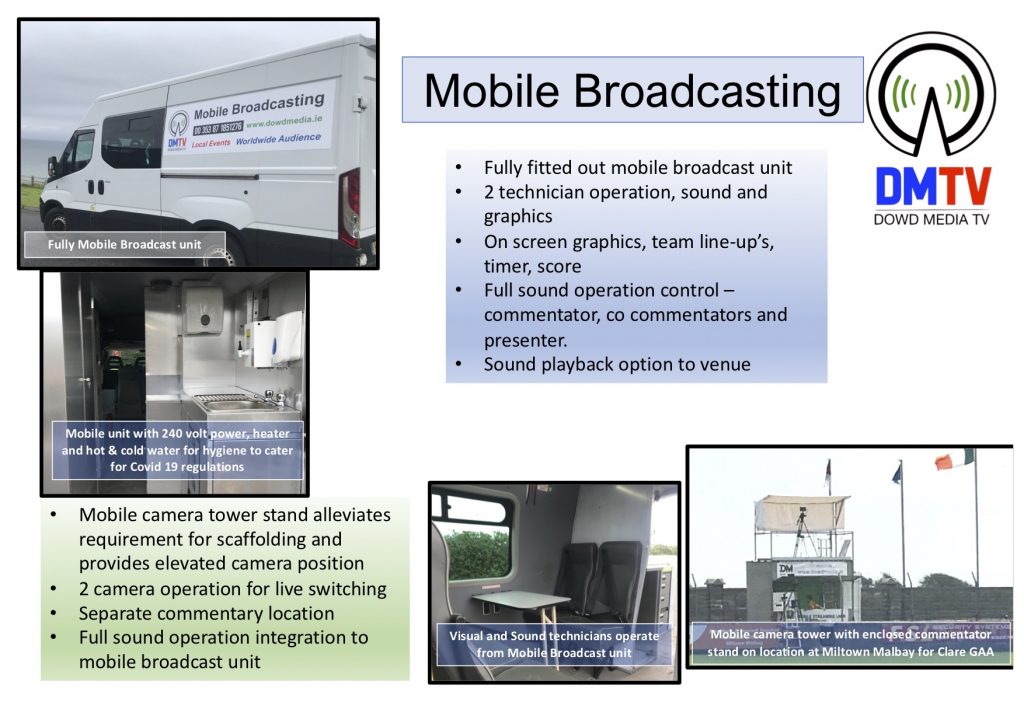 Dowd Media utilise the latest technology and can Live Stream events so audiences can watch them Live.

See an example of our sports and funeral streams below.

Action in both Hurling and Football Broadcast Live from Cusack Park Ennis in the club championship.

Livestreaming your events in high quality.